How intelligent are leopard geckos compared to other reptiles and animals?

How is intelligence in these animals measured, and what issues arise when measuring how smart they are?

The study of animal intelligence is an interesting subject, and you have likely wondered how intelligent – or not – your pets are.

If you love learning about these oddly cute pets as we do, this is a fascinating topic to dig into.

Let’s explore reptile intelligence and find out just how bright the leopard gecko is compared to other geckos and reptiles in general.

Leopard Gecko Intelligence: How Smart Are They?

Although reptile intelligence is fascinating to pet lovers and scientists alike, not much research has been done on the subject. Because of this, leopard geckos’ brains are essentially a mystery, though reptile experts note the lizards to be on the lower end of the intelligence spectrum primarily due to their tiny brains and asocial behavior.

If you were to ask a group of reptile experts which lizards they considered the most intelligent, you would likely hear answers like tegus, iguanas, and monitor lizards.?

Additionally, leopard geckos have been bred in captivity for many decades to be more docile and rely less on survival instincts.?

To meet the growing demand for unique gecko color morphs, these geckos have been subject to massive inbreeding, causing deformities, brain injuries, and generally poor cognitive function compared to wild leopard geckos and other lizard species.

Leopard geckos also have poor depth perception and lack self-preservation instincts, so they aren’t very aware of their surroundings concerning themselves.?

While they do have reasonably good sight and hearing, they aren’t skilled at looking out for themselves or determining when they are in danger.

Finally, they are asocial reptiles, meaning they do best when housed alone.?

They don’t particularly enjoy hanging out with other members of their species and will fight rather than cooperate in groups.?

Overall, the leopard gecko is a fascinating, adorable starter reptile with interesting behaviors, but they are also considered elementary animals intellectually.?

But could the metrics by which we measure reptile intelligence be inherently flawed?

The Problem With Measuring Reptile “Intelligence”

As mentioned briefly earlier, there haven’t been many legitimate studies on leopard geckos’ intelligence specifically.?

Evolutionarily, reptiles as a whole are considered to be a primitive group of animals primarily dominated by wild instincts.

Intelligence is tough to quantify in animals, as humans attribute human signs of intelligence to other species.?

Intelligence in animals cannot be measured by verbal means, so scientists typically use other methods like social behavior and the formation of habits, responses to stimuli, and brain size.

However, reptiles are one of the most neglected animals in terms of studies on their intelligence, making measuring reptile cognition especially difficult.?

We can’t simply give an IQ test to a lizard, and even human IQ tests are now known to be problematic.

Interestingly, though, leopard geckos are different intellectually from other gecko species for several reasons.?

While their brains are pretty small, they are among the friendliest lizard species and are excellent beginner reptiles due to their calm and curious personalities.?

So how do they compare to other reptiles?

Leopard geckos are small animals, so it only makes sense their lizard brains are tiny, too.?

In general, the larger the animal is, the greater their brain size and capacity for learning.?

But does this mean these lizards are stupid or less intelligent than other geckos of a similar size?

Unfortunately, most reptile experts and enthusiasts regard these lizards as one of the least intelligent species of reptiles for a few main reasons.

First, the leopard gecko is one of the most common pet reptiles, and they have been subject to inbreeding to meet the increasing demand for new and different color morphs.?

This excessive inbreeding has bred out many of the lizards’ instincts and characteristics, causing them to become more docile and unable to protect themselves in the wild.?

In addition, leopard geckos aren’t as spatially aware as other reptiles, meaning they aren’t very attuned to their surroundings.?

You might have noticed your gecko struggle with catching or even noticing their live prey unless you place it directly in front of them.?

This is due to their low level of spatial awareness compared to other species.

Compared to other reptiles, leopard geckos aren’t as skilled at gauging distance or dangerous situations.?

If you have ever watched your gecko walk off the edge of their hide and plop helplessly into their water bowl or substrate below them, this is because of their poor depth perception and lack of inhibitions after years of being bred in captivity.

Although these lizards are interesting creatures, they lack social cognition and survival instinct.?

To make matters worse, the excessive inbreeding they have endured hasn’t helped their overall intellectual capacity in recent years.

While all of this seems unnecessarily harsh on the leopard gecko’s character, an important factor in our minimal knowledge of the reptilian brain is the lack of academic studies on the subject until fairly recently.?

Most known studies on animal intelligence have been about mammals and birds, but this is slowly changing thanks to the world of animal biology expanding its scope of research.

This evidence is a groundbreaking find, as leopard geckos have been largely regarded as asocial animals with few advanced cognitive abilities.

Additionally, other recent studies on geckos as a group in the past 20 years have found them to be among the only lizards who occasionally use loud vocalizations such as chirps and barks to communicate.?

This is another paradigm-shifting discovery for a group of reptiles who have long been considered silent, primitive animals.?

There is far more to these animals than initially thought by researchers.?

However, the consensus remains: leopard geckos aren’t going to win a contest for the most intelligent reptile any time soon.

Perhaps with future studies, this will change as we learn more about the leopard gecko and its intellectual capacity.

Does Your Gecko’s Intelligence Matter?

As mentioned earlier, intelligence in any species, be it human or lizard, is challenging to quantify because it is an extremely broad and speculative topic.

In recent years, even IQ tests in humans have been problematic due to their very limited means of measuring cognitive ability.

Intelligence is a broad topic gauged by several factors, including memory, social behaviors, reasoning skills, and the ability to plan.?

This is mostly a fair way to measure intellectual capacity in humans, but this is much less reliable when it comes to animals, especially reptiles.

Animals communicate and function very differently from humans and have evolved for vastly different environments and social hierarchies.

So measuring a lizard’s ability to memorize numbers or speak a certain language is both futile and not an accurate measurement of their actual intelligence.?

All of this inevitably begs the question: Does your gecko’s intelligence truly matter in whether or not they are a good pet?

While the intelligence of your pet is an interesting topic to speculate on, you shouldn’t worry too much about whether or not your leopard gecko is regarded as “dumb” or “smart.”?

Many more primitive animals make excellent pets, even if they aren’t known to be very sharp by our narrow human metrics.

Reptile intelligence, particularly the intelligence of your leopard gecko, is a fascinating area of study that has only been more thoroughly researched in recent years.?

While leopard geckos have great personalities and display interesting behaviors, most reptile experts regard them as primitive animals lacking the intellectual capacity of more intelligent reptiles, such as to monitor lizards and tegus.

Still, this topic needs much more in-depth research from animal biologists and behavioralists for us to measure the leopard gecko’s intelligence accurately, so in the meantime, don’t feel too bad for your leopard gecko and its tiny brain.?

These lizards still make great pets and companions despite their strange behaviors and lack of self-awareness. 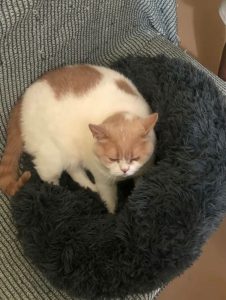 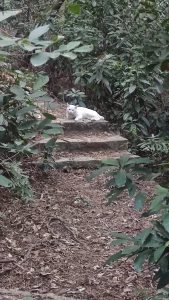 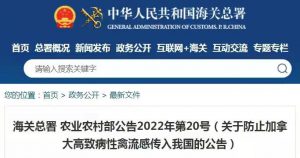 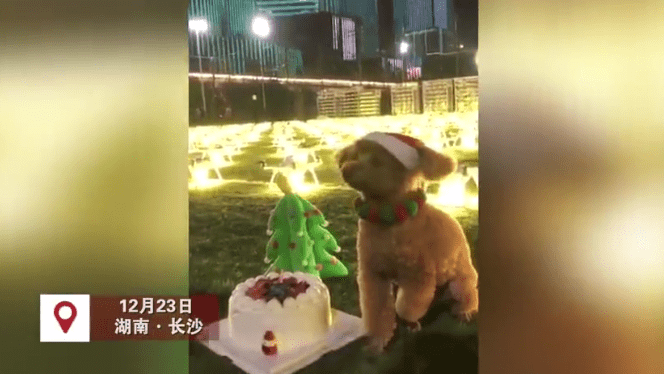